Minster Court was, at the time its design, the largest single development site in the city of London. The site had been assembled by the Prudential and it was intended to develop it was just short of 1,000,000 ft.². Many configurations were explored for the office buildings in the final scheme comprised three buildings each of a different character linked together by a central atrium space. Largest largest of The three buildings was let to the London underwriting centre and the other two buildings, one a linear block and the other a tower Will let out on the floor by floor basis. Mr call was designed at the height of the post-modern era and rather than referred to classical details the building developed a Gothic appearance. This design grew naturally from the configuration of the building which were intended to related to the scale and character of spaces and streets adjoining. It was a highly controversial scheme at the time, being condemned by many architectural commentators. On the other hand it has proved very popular with the public at large as it departed from the repetitive nature and simplistic modelling of many other late 20th century buildings. 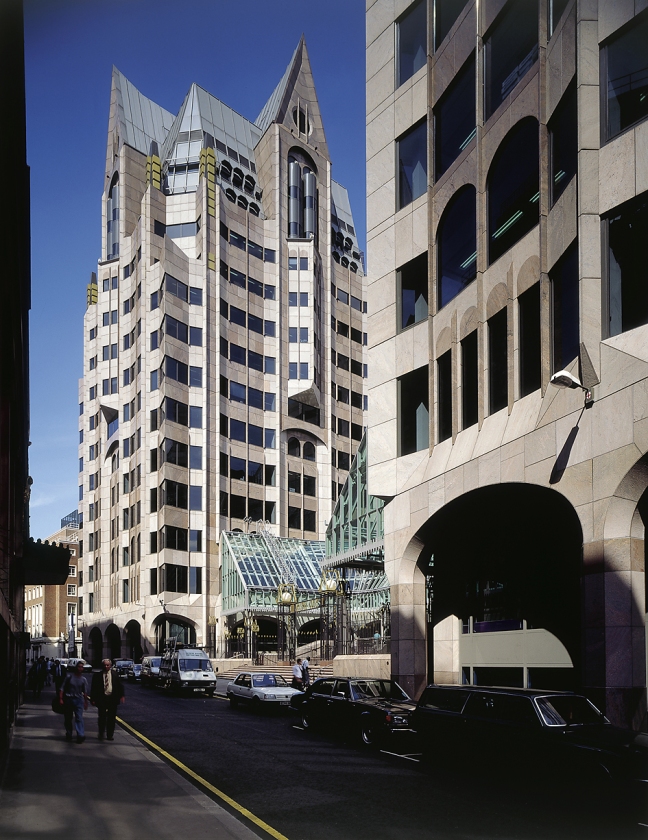