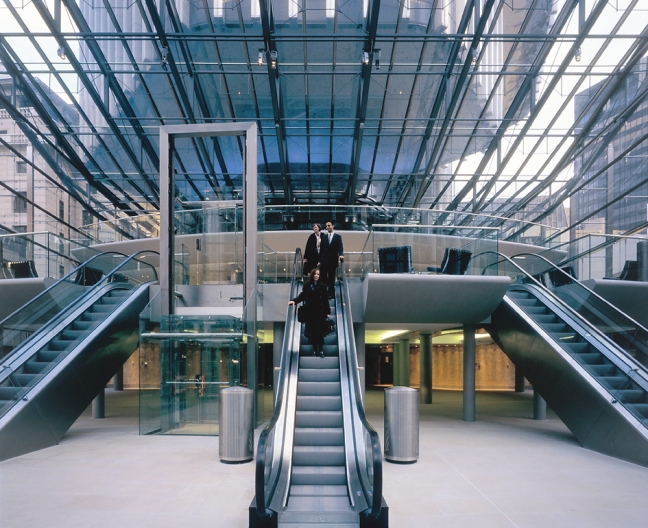 Following the terrorist attacks in the city of London in 1992 and 1993, GMW Architects were asked to carry out the reinstatement and refurbishment of the National Westminster Tower. This comprised stripping the tower back to its structure and completely renewing all services and finishes, including completely replacing the cladding to the outside of the tower. Peter Wynne Reese, the City Architect and Head of Planning required the tower to be reinstated in facsimile of its original appearance. This requirement was adhered to, although the performance of the external wall was increased substantially.

The main change to the overall form of the building was the introduction of a new three-storey entrance hall to replace the old rather diminutive entrance lobby. The fully glazed entrance hall occupied three levels with a public space at street level and secure the space above accessed by escalators. The tower was entered at two levels because of the incorporation of “piggyback” lifts which incorporated two accessible compartments, one above the other. The design goal of the new glazed entrance hall was to relate the 42 storey tower to the scale of the adjoining buildings and the street, but with out restricting the use of the tower above and the drama of its presence.